Part II of “California in the Fall.”

Note: Gold was first discovered near Los Angeles in 1842,

but it was never the mother lode of the Sierra Nevada.

When I was getting to know Spouse, the fellow I’d marry within 18 months of our meeting, it wasn’t all the things that most people search out in a partner. It was the fact that he was as enthralled with history and books as I, and that we could spend hours at historical sites and museums, and then crave even more exploration than what was immediately available.

Thirty-two years later, with a Eurovan to roll into places where events made a difference in American history, like at the American River along Highway 49, handfuls of tourists were in and out of the Gold Discovery Museum at California’s Marshall Gold Discovery State Historic Park, while we were no deeper than the first two exhibits in the museum. It was a minor incident of awe.

How flakes and nuggets of gold found in the South Fork of the American River forever changed California and its people, fascinates me. Several books of history, written by and from the Native American point of view, has educated me beyond what I was taught in mid-20th century state board of education-approved history books. Those books made mild mention of the native peoples, while devoting chapters to the amazing men of the 1849 California gold rush.

So, this is where I got stuck in the Gold Discovery Museum. What appears to be a more honest presentation of California’s native peoples in pre-gold rush days, tickled my inner hippy and made me long for days in California when it wasn’t about gold. Based on my reading and the museum’s presentation, I can’t help but wonder what exactly is society’s advancement? This especially rumbles through me like California’s infamous fault lines, when I read and observe how the rivers and creeks of gold are forever changed, and how, in fact, we as an advanced people continue to change this planet toward our own apparent detriment.

Yet, we still chase and give homage to this amazing bit of metal. According to a recent article in Live Science, gold is the likely result of “…a meteor bombardment nearly 4 billion years ago brought 20 billion billion tons of a gold-and-precious-metal-rich space rock to Earth. Tracing gold’s origin back even further takes us into deep space. A 2013 study in The Astrophysical Journal Letters found that all of the gold in the universe was likely birthed during the collisions of dead stars known as neutron stars.”

And this is why a visit to this California State Historical Park is a worthy adventure.

State Park literature reads that the 1848 gold discovery, “…led to the greatest mass movement of people in the Western Hemisphere and was the spark that ignited the spectacular growth of the West during the ensuing decades. The gold discovery site, located in the still visible tailrace of Sutter’s sawmill in present day Coloma, California, is one of the most significant historic sites in the nation.”

The contrast between the lifestyles of the region’s historical people, the Nisenan Indians, and how James W. Marshall’s gold discovery and partnership with John Sutter forever changed the lives and Western culture, offers a lesson that we are likely still ignoring.

A replica of a Nisenan shelter at the state historical park 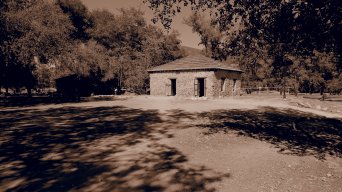 From days gone by 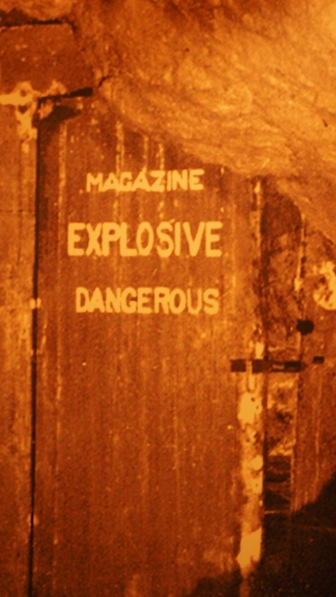 The dangers of mining

Tours include Chinese influence in the camp

Glad for the Eurovan in the Parking Lot

One thought on “Gilda Rolls into California’s Gold Country”